This couple began their garden with the intention of blocking the view of their septic cap.  In the first year they were already sold on native plantings, having read Doug Tallamy’s first book, Bringing Nature Home.  As the flowers began blooming in that small first start they were delighted to see cloudsof insects swarming around the plants.  Jeff and Becky are dedicated birders, and when they saw how many insects were attracted to their garden, they were even more convinced about the value of native plantings.

The next summer, Becky expanded their garden with more plants, which attracted hummingbirds, many different bees, and other insects. Phase three was mostly planted with volunteer plants from other areas of their yard.  They supplemented with native plants available at native plant sales in their region.  Additional plants were purchased from a local nursery. If you want to begin your own native plants garden, just check the scientific name to be sure you are getting the true native for your area.

In the fifth year they expanded their tiny patio to provide two chairs and side tables to accommodate their afternoon cocktails.  They also added a water feature with a stream, which not only provides a peaceful sound, it also really attracts birds.

As beautiful as the garden is all summer long, it is amazing in the fall and winter, when activity picks up.  At first Becky was sad to see her flowering plants die.  But seeing birds move in to feed from flower stalks and grass heads – all winter long – made her realize that her plants make a difference for birds throughout the year.

They have added other structures, like a trellis for the American bittersweet, an additional bench, a footbridge over the stream, and a birdbath.

Becky has said that going native was one of the most interesting, rewarding, and inspirational things they could have done in their yard. One day a few years ago they had a special treat when five juvenile Baltimore Orioles visited to take nectar from the garden’s blossoms. The couple continually wonders at what a difference such a small space has make for birds and insects. 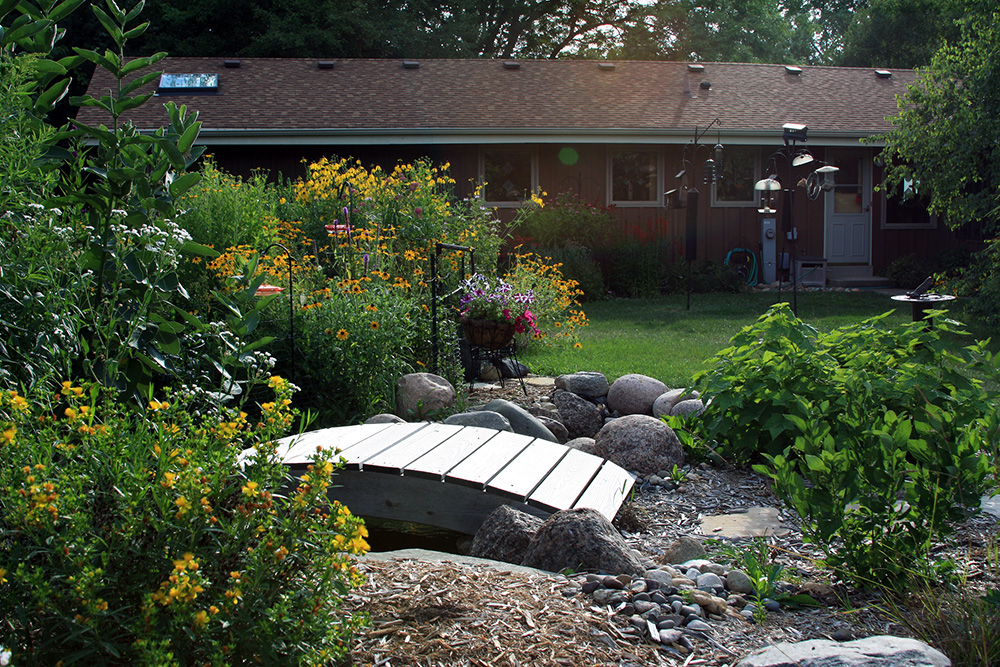 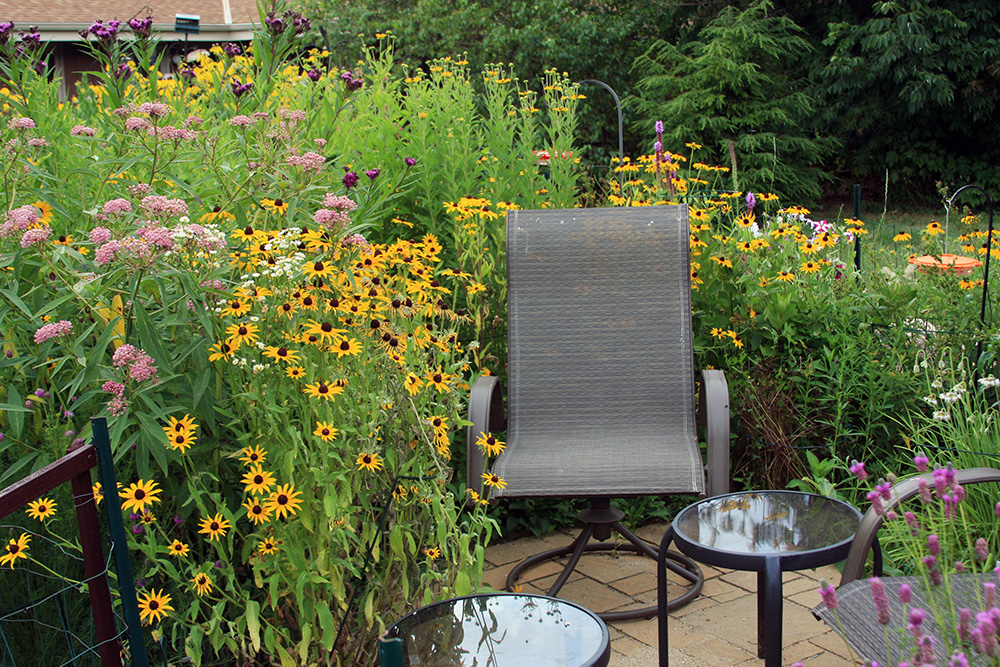 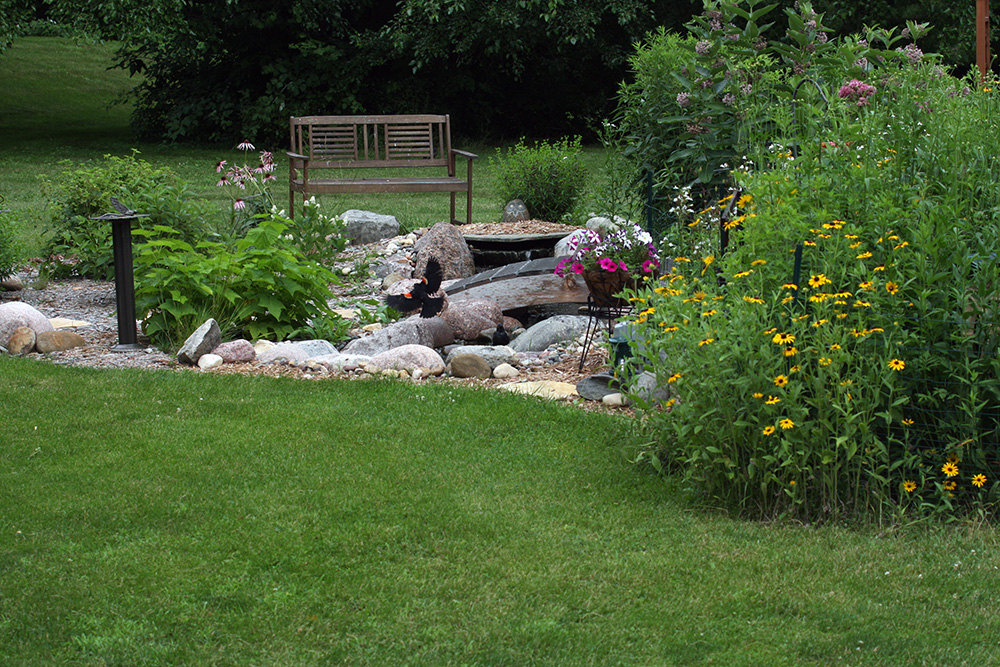